Hello from the corner of junior and senior year! I’m in disbelief that, aside from an exam (and just a couple more papers), I’ve completed my third year at UF.

My good friend Marla, who’s been studying in Denmark all semester, recently wrote a blog post where she talked about how hindsight is 20/20. In other words, when we look back on times in our lives, we often filter out the stressful or negative parts and only remember the best highlights.

I thought her post was interesting and timely, because for all the fun memories and positive experiences I’ve accumulated over the year, of course I’ve had frustrations, tons of creative blocks and ideas I’ve been tossing around for what seems like forever without turning them into reality. Without the “OMG — am I doing the right thing?” moments and times that weren’t as happy-go-lucky as others, though, I don’t think I would’ve grown as much as I have.

But just because hindsight is best viewed through rose-colored glasses doesn’t necessarily make our memories inaccurate. After all, when we look back, we’re reminded of who and what is important (and that the trivial controversies surrounding the venue of a party or some texting or Snapchat saga are so not worth stressing about).

I came back to school in August feeling exhilarated and inspired after my internship in Boston. There’s a special kind of confidence that comes when you really feel like you have a place in an industry, and, in all honesty, that’s how I felt after last summer.

I traded the routines I formed while in Boston for a new role as a reporter for WUFT, which was a major change of pace compared with the work I had been doing over the summer.

In the magical, chaotic land known as the Innovation News Center, I learned how to pitch ideas to producers without sounding like a complete nervous wreck (a life skill in and of itself), got out of my comfort zone by speaking on a couple podcast episodes, and worked on some stories that, looking back, I am really proud of.

I found myself meeting interesting characters (like a tree-climber who frantically chopped down branches before Hurricane Irma), riding a golf cart through mud at a horse sanctuary in rural Alachua and running on caffeine and KIND bars as I wrote until deadline.

One thing I’ve learned this year is that it’s okay to not be obsessed with every opportunity that comes my way, and it’s okay to accept that I’m not meant for everything (and vice versa). Ultimately, this opportunity showed me that maybe I don’t see myself pursuing a career in hard news — but either way, I’m thankful to have had this formative experience as a student, because it really did make me a stronger and more confident storyteller.

College is a cesspool of comparisons (among other things). From career paths to clothes to couples, people compare all kinds of things, and it’s not always easy to tune it out. But as I’ve learned from social psychology, comparisons are inherent in our society and culture — and that makes me think it’s so not worth mulling over what I’m doing vs. what other people are doing.

The truth is that my goals for the future are very different from most of my friends’ — but there’s nothing wrong with that, and it means there’s essentially no point in me feeling guilty about my plans and the things that make me excited just because they’re not what everyone else is pursuing.

I’m happy to be surrounded by people who remind me that even in a world where comparisons are ingrained in our culture, actions will always speak louder than Instagram captions.

If you watch The Barefoot Contessa on the Food Network, you’re probably familiar with the Back to Basics series, where Ina Garten revisits some of her most well-loved, timeless recipes and classic cooking tips. If my life were a Food Network show, my spring semester would’ve been my Back to Basics semester — except I didn’t live my life to Ina’s iconic theme music, and instead of good vanilla and heavy cream, my ingredients were creative writing, design and film studies.

I spent a lot of time going back to my roots of journaling (thanks to my magazine writing class, where we did a few fun journaling and creative writing exercises) and doodling on the regular. Whether it’s designing graphics for my own use or for others to enjoy, I’ve really found that I love all things visual (hence the margins of my class notes, which are usually all colored in with pen) and am content sitting at a blank canvas with a pile of old magazines.

I also made an executive decision to sign up for a film analysis class (for fun), and I’m glad I did, because it reignited my fascination with screenwriting and picking apart stories and films as one would analyze literature. It also inspired my final project for my magazine writing class (coming soon to the blog).

Don’t get me wrong — some of the films we watched were *really* obscure. (“Blue Velvet,” anyone?) But we also had an entire week dedicated to rom-coms (*insert tears of joys here*), two weeks of Hitchcock and even a class period where we discussed symbolism in music videos — so most of the time, I was in a film dreamworld.

My favorite films from the class were “Do the Right Thing,” “Rear Window,” “Days of Heaven” and “Whiplash.”

I hope everyone has a Back to Basics time in their life.

CH. 4: Hold on tight to your dreams 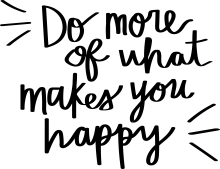 As I write this, it’s seriously one of the nicest days ever in Gainesville. (In other words, my hair isn’t frizzy, which means it’s nice outside.) I got out of class early, and I’m sitting at a table and bench on the Plaza, laptop and mind open, surrounded by the Spanish moss trees that shimmy in the breeze, and it’s just good.

People are walking around all over campus today taking grad photos.

That’ll be me a year from now.

Thanks for keeping up with The Darcy Diaries for another school year! Stay tuned for many more adventures to come.

All GIFs, photos and drawings are my own, except for the cover photo background image, which is from designer Lilian Farag for Designlovefest.

One thought on “Junior year reflection”